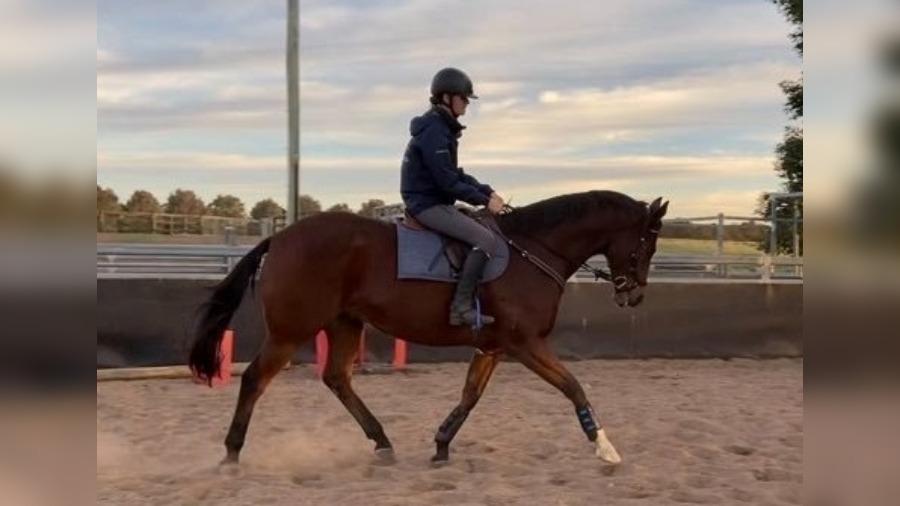 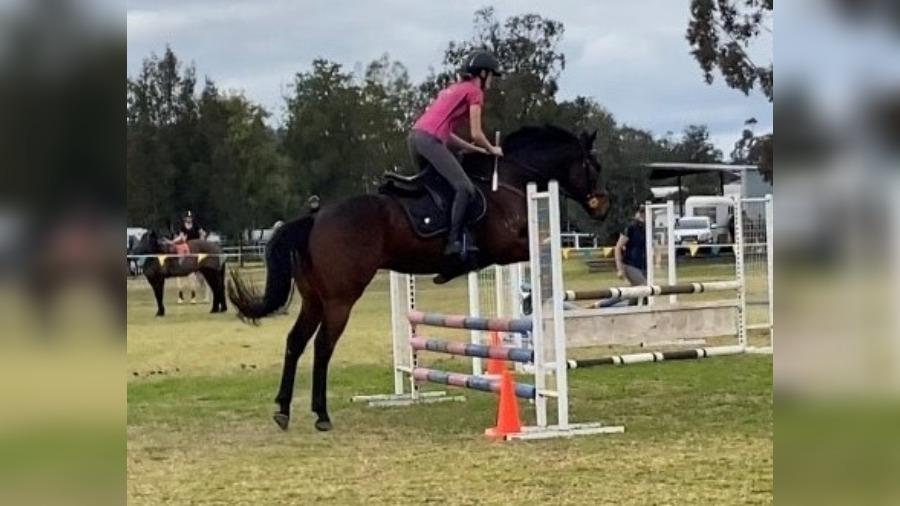 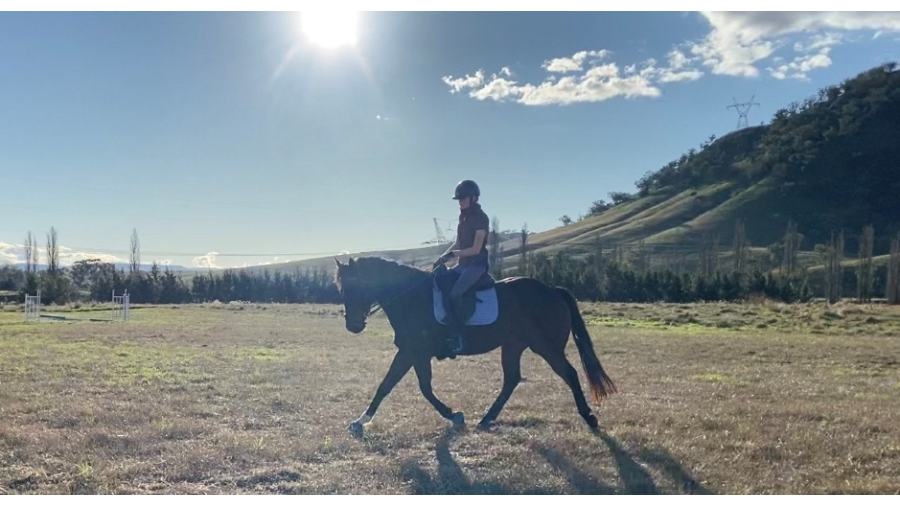 Kelvinside breaker, Talia Cranfield, has ridden and competed in show jumping for as long as she can remember. Following the completion of her year 12 studies, Talia was employed as a track rider at Kelvinside in 2018 and just completed her first season breaking for Godolphin in 2020. Talia has always had a keen interest and passion for thoroughbreds and particularly enjoys the challenge of retraining and competing retired racehorses. Talia was gifted both Milestone & Sentry this year and has done an amazing job commencing their retraining process.

Sentry is a 5-year-old unraced son of COMMANDS (AUS) out of WATCHFUL EYES (IRE) who retired from racing January 2019. Following a spell, Sentry joined Godolphin Australia’s working pony group at Crown Lodge as a lead pony at Warwick Farm racecourse. In May this year he was rehomed to Talia who has commenced his retraining with the view of competing in Jumping/Eventing. Sentry is currently schooling over 90cm jumps at home and recently attended his first outing at a Scone Jump Club Training Day where he jumped up to 80cm.

Milestone is a 12-year-old son of REDOUTE’S CHOICE (AUS) out of CANNYANNA (AUS) who won 2 and placed second in another from 12 race starts, finishing his racing career with a total of $79,490. Similarly to Sentry, Milestone retired from Godolphin’s racing program in 2013 after which he joined our working pony group until March 2020 when he was gifted to Talia. Over the 7 years in his role as a working pony he was a key ingredient in our education process at Godolphin Kelvinside. Milestone is now enjoying his retired life with Talia challenging him in different disciplines such as Jumping & Dressage. More recently, Talia has found that his niche lies within the dressage arena, so she will be focusing his retraining more in this area with hopes to be out competing him soon!

Godolphin places a strong emphasis on our group of working ponies, with them being one of the key ingredients to a very successful education process. As a working pony it is important that they are the sounding board for all breakers and racehorses that they are working with. It is imperative that they have a patient and calm personality so that the horses they are working with can rely on them as a comfort zone and for reassurance when they are unsure of the next step or the environment around them.

Click Here to view Hockenheim’s story in his role as a barrier pony.