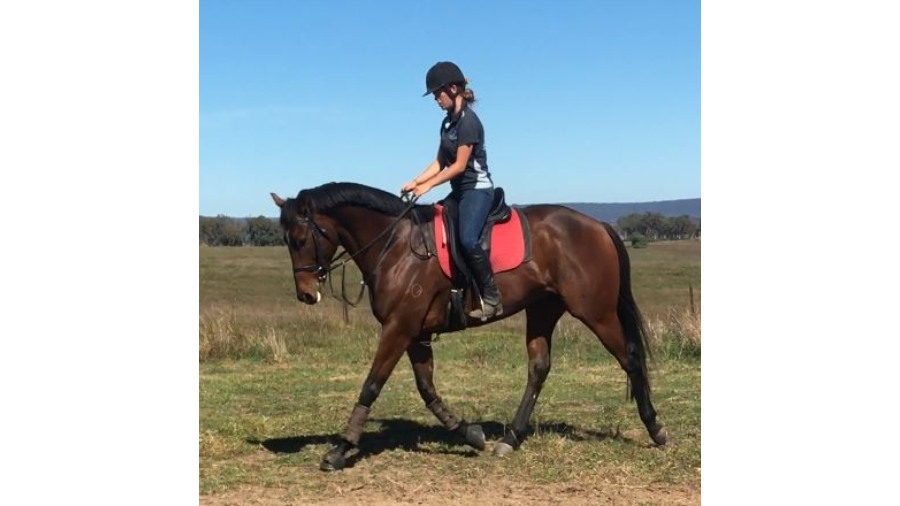 NEMRUD was bred from a hot family which he carried through to the racing stable with staff commenting on his rather boisterous behaviour as a colt! It was important that we found him a home with someone that is kind and caring whilst stern for Nemrud to excel in his pursuit of a second career. That home was found with 17-year-old Erin Ferry who has taken the time to slowly bring Nemrud along. Nemrud departed for his new home in October 2019 where he has since joined ex-Godolphin galloper Interpret in the Ferry family stables. Erin has commenced retraining Nemrud to compete alongside Interpret in the showring.

INTERPRET was originally gifted to Stuart McClay who began his retraining in February 2012, after which INTERPRET made his way to Erin and has proven to be very successful in a broad range of disciplines. INTERPRET has had a huge influence on the development of Erin's riding skills over the years and has been an amazing teacher for her.