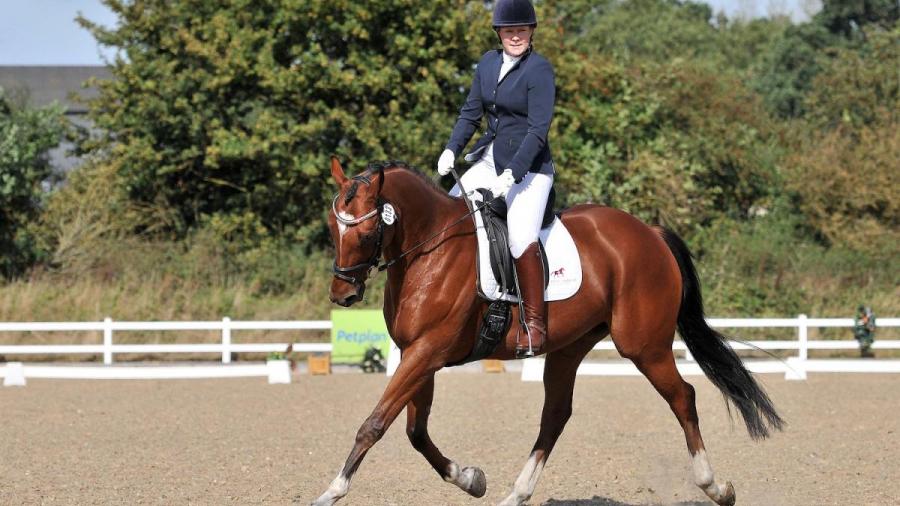 Lexcen came to me as a 3 year old having trained but not raced. We spent our first year getting to know one another and taking part in some in-hand showing classes locally.  Lex has been full of character and keen to learn from day one, a great attribute.  Taking to the show ring like a duck to water, Lex and I qualified for several national ex-racehorse championships in-hand and ridden but it was dressage where he really showed talent.  Having done some unaffiliated classes and moving up through the levels I decided to affiliate Lex.  We’ve enjoyed plenty of wins at various levels and have competed at Area Festivals, Premier Leagues, Regionals and Inter-Regionally as a member of a team.  Lex and I will next be competing in the BD TB Championships at Elementary on 18th November; this series is open to ex-racehorses only, which is a great opportunity for us to compete against other thoroughbreds who’ve been able to turn their hoof to a different career.